An important element of every complex is its entrance which represents its identity to audience and amplifies its outlook. The entrance space and its form should represent main theme of building and comply to and be inspired from its function.
In designing the transom of Bootiyaye Iranian Steel Factory, the first idea was formed based on importance of human sight and also introduction of the factory’s identity. There were two axial bases: Gaining attention during day and night and also emphasizing on steel material as identity-generating element.
In addition to presenting its grandeur, designing process of the transom was commenced aiming at induction of suspension, in form of a metal sculpture that is emerged from depths of the earth and, being suspended in the air, flaunts itself. This attitude was adopted for both incurring no burden to context and improvement of its outlook from remote distances. Thus, a rectangular solid shape made of metal and fixed on two bases of reflective glass was considered. Having a 360° view from interior to exterior spaces, these two bases provide user with freedom of sight and an external audience only sees a reflection of surrounding environment on the reflective glass. During nighttime, using emphasizing lights on the metal sculpture, the suspension sense will be maintained.
Minimalism of the metal sculpture is an emphasis on improvement of unity and integrity, additionally this sculpture renders an exciting and durable sense to the audience’s mind due to its invisible pillars.
Beneath the suspended sculpture, vertical and horizontal cans are metaphors of metal streaks together form an integrated super-metal. Together with emphasis lights, these cans lighten the ground beneath them. Electrical energy of this transom is generated by solar panels concealed in the metal sculpture’s ceiling that helps to the complex’s sustainability.
There are two floors in both mirror sides that have free plans and may be used taking into account the required purpose. Anyway, using transparency, dominance of everyone in the building on surrounding spaces shall be preserved. 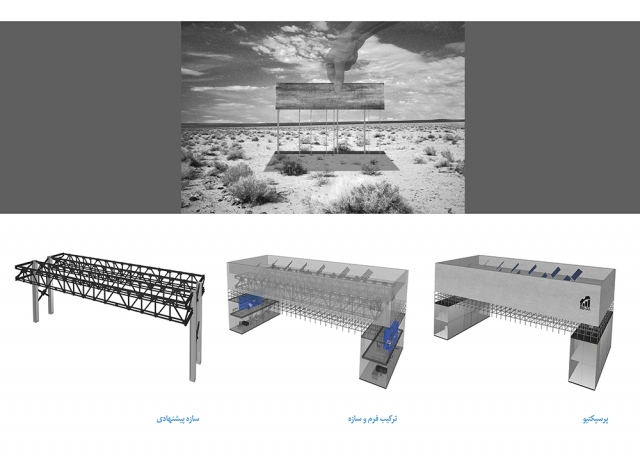 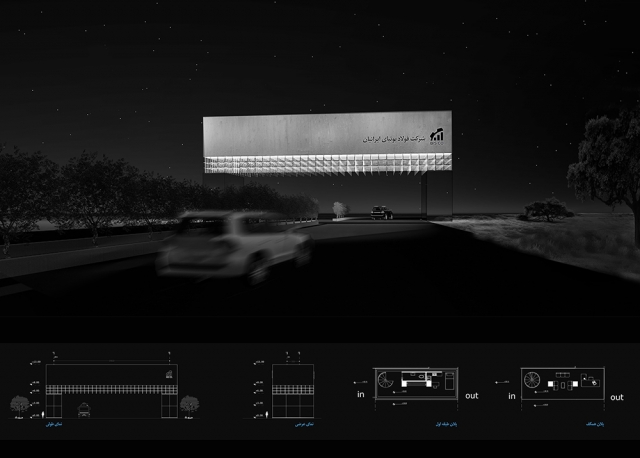 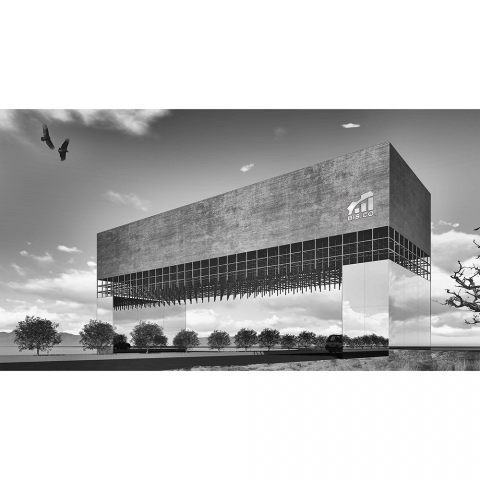 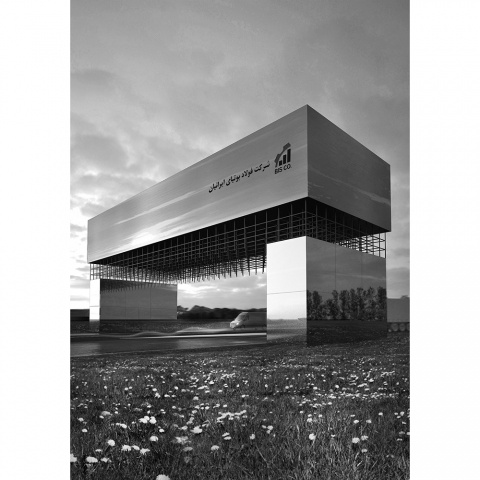