The three-cypress house is defined in a 600 square meter site on the west coast of Izmir with a context mostly made of villas and a green environment. The design of the house had two major challenges. First, how a house having different spatial perspectives interacts with the existing structure of the region. And second, the dynamic dialectic between the neighborhood, the house, and the user. After researching the fundamental information to achieve an architecture that causes a transformation in the existing disordered fabric of the region; a spatial scenario was defined in which forming a patio as a complement for the function of the first-floor terrace, created a negative space in the form. This negative space, not only caused interaction between the fabric of the region and the design elements but also created a relationship between the front and back yard and the passway in front of the house. Moreover, connecting the backyard to the first-floor terrace prevented the routine separation of the first-floor from the context (This separation is plentiful in the region). This simple movement increased the potential and dynamism of the community spaces and facilitated the direct relationship between the users and the landscape.
Considering the morphology of buildings and new structural approaches of the region and also the appearance of masses having different geographical origins, the creation of heterogeneous forms and colors is evident. Thus, using a simple form, white color, and a uniform material was the strategy to create balance. To achieve this purpose and for controlling the sunlight and having privacy in the walls of the private zones, moving porous steel panels was used which also increased the unity of the form.
Utilizing elements that originated from the local art and culture of the region for completing the design process, was an emphasis to establish the identity of the house. Using water, specifically as a boundary, and crossing over that to enter the house was an intuitive reference. Also, using cypress tree in the patio (equal to the number of client’s three-member family), apart from its role in the local custom and culture, was an emphasis for the entrance of the house, and a green mark on a white canvas, which was an influential pause in the inconsistent buildings and walls. 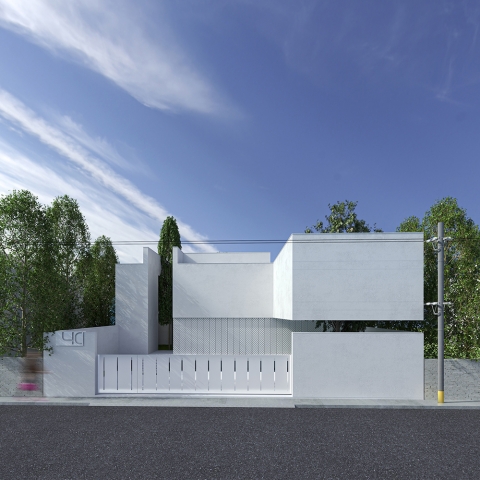 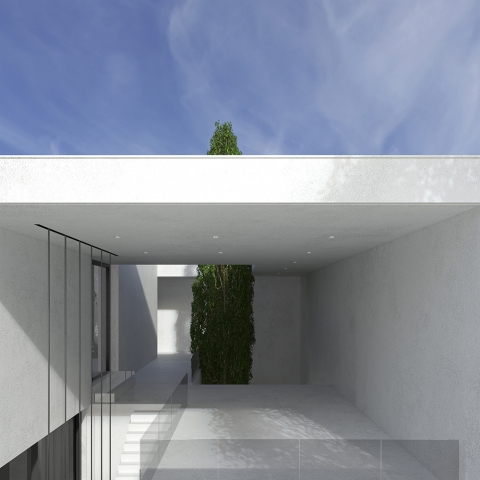 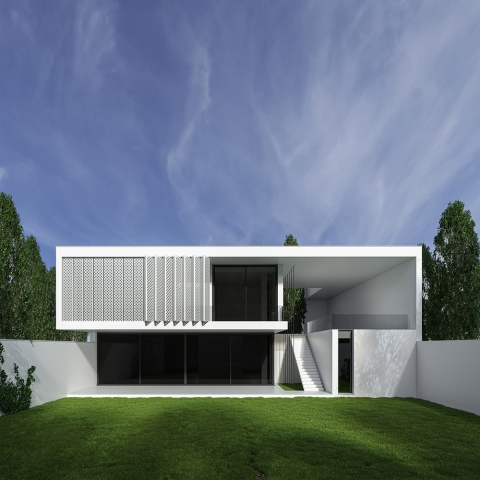 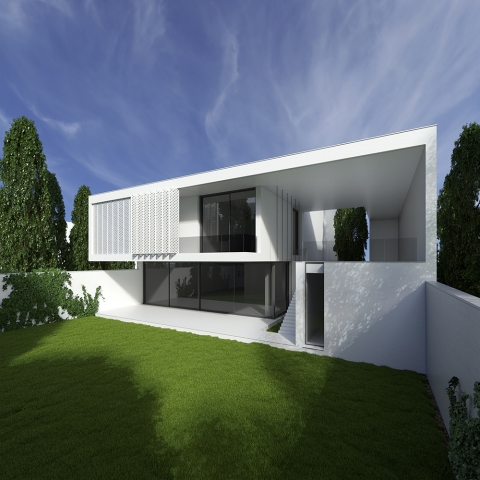 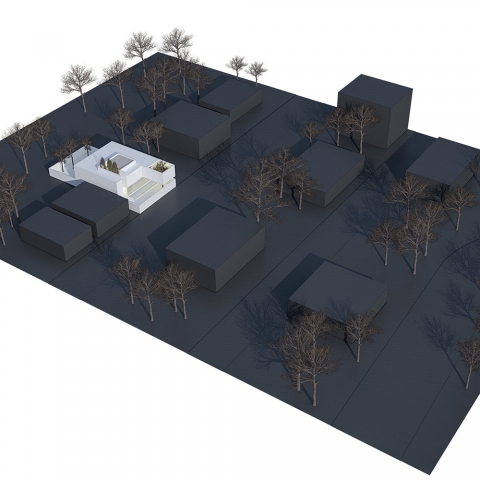 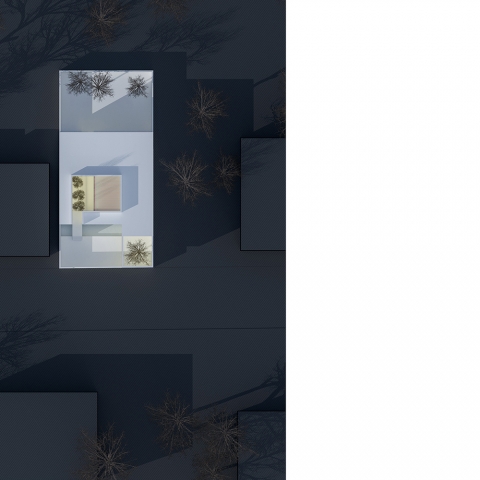 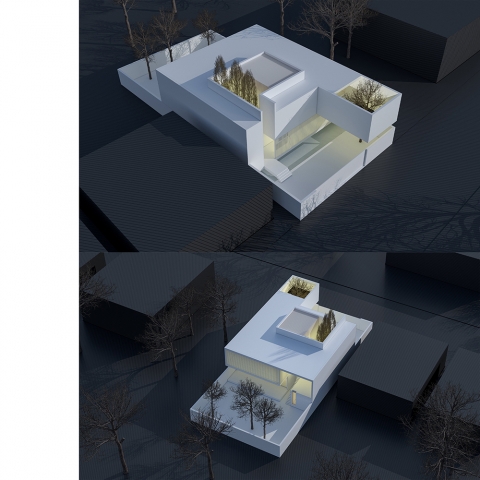 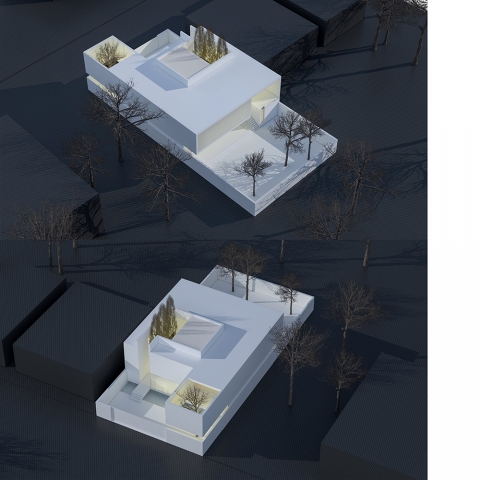 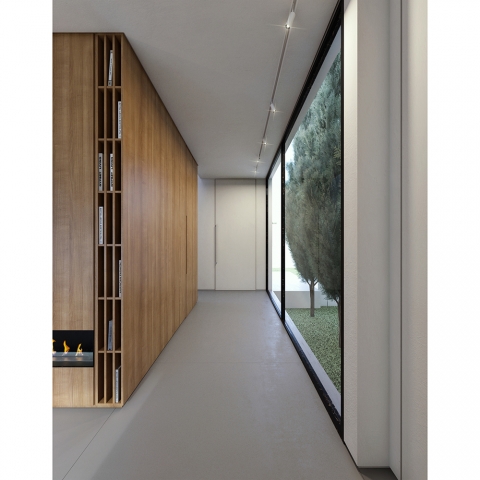 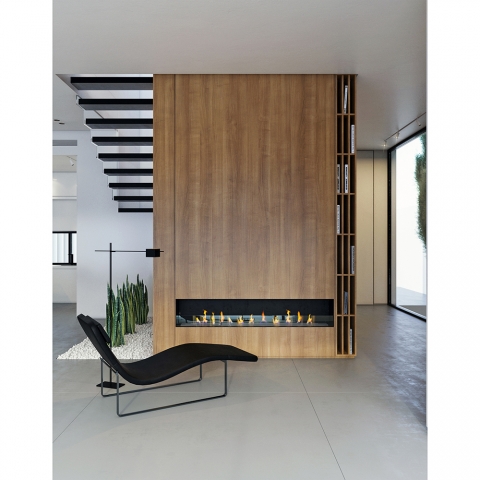 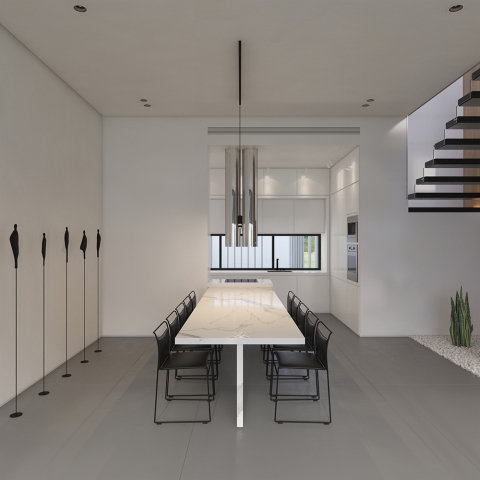 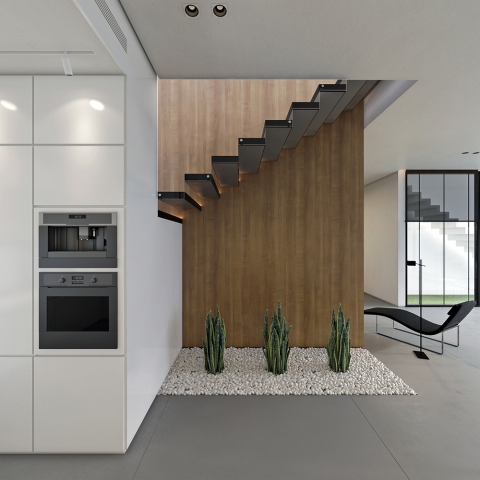 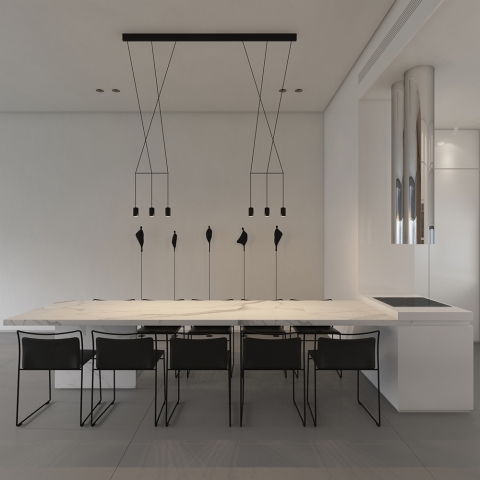 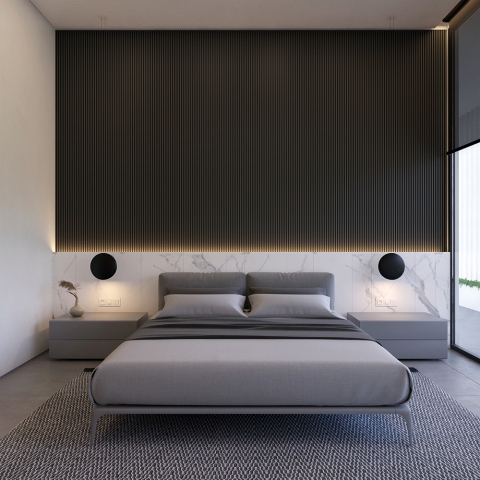 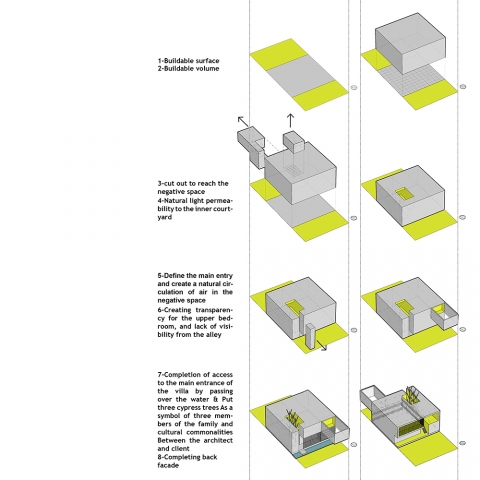 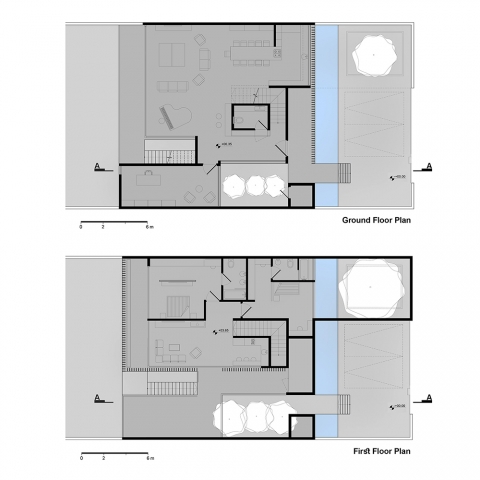 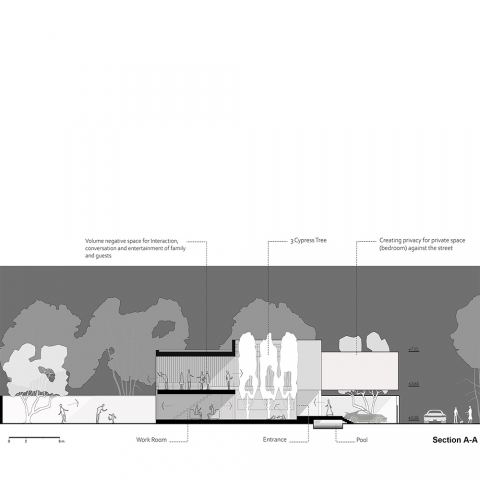 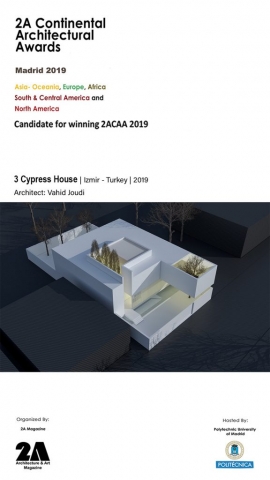